So, last Wednesday I was sitting in the sitting room, thinking about a comment I had read on Reddit. On one of the Motivational subreddits, a poster had made the following comment; Your screen is the size of your prison.

A week. A whole week without the Internet. That is very difficult to do, especially as I was making a submission to an Oireachtas Committee, talking to a Committee organiser about rent, and generally just live my life online. But I decided nontheless to give it a go. I glanced at my watch. No internet until 8.50pm, the following Wednesay, 16th January 2013. Right.

Give up all this, are you crazy?

Thursday: It is very difficult to avoid the automatic tap-tap that leads me to the Internet. My morning routine is to put on a playlist from Youtube and to hit up Twitter on my phone on the way to work. Instead, I pick a radio station and have to put the phone away to stop staring at it with longing. Is it really so hard to think for myself? That evening, when my child is having a nap, I pull out Frances Yeats’ Art of Memory, and come across the following passage describing the creation of writing; “For this invention will produce forgetfulness in the minds of those who learn to use it, because they will not practice their memory. Their trust in writing, produced by external characters which are not part of themselves will discourage the use of their own memory within them. You have invented an elixir not of memory but of reminding; and you offer your pupils the appearance of wisdom  not true wisdom, for they will read many things without instruction and will  therefore seem to know many things, when they are for the most part ignorant and hard to get along with, since they are not wise, but only appear wise.”

This seems so pertinent that I stare at the passage for quite some time.

Friday; I’m already heartily sick of the hell that is Breakfast Radio. The nicey-smashy nonsense is killing me, so I move over to more content rich radio in the form of Morning Ireland. The amount of sport has me rolling my eyes, however. I begin to suspect my fellow commuters are getting worried about me, due to all the tut-tuts of frustration they hear each morning. When I arrive at work, I feel weird. My brain is already resetting itself and I find the transition very strange.

Finishing the submission has to involve several visits to Reddit and Twitter to collect links. The urge to go a-clicking is hard, and I obviously do this with no self control all the time. But I manage to collect the details and get it done and out in good time.  How will I cope over the long stretch of the weekend?

Saturday, Sunday; I buy the Irish Times rather than go online. I never get to read it though, as the little man more than fills up my time. Am I ignoring him when I go online? I don’t know how, I didn’t think I was. But the fact is he more than takes up my full attention. Between that, and a Culture Novel by Iain M. Banks, I am busy throughout the weekend. My husband tells me that one of the founders of Reddit, a 26 year old I almost certainly interacted with online, has died by suicide. I feel sad, but I still stay away from Reddit. It is becoming almost a religious/spiritual thing to stay away from all that noise, and I know that I don’t need to say or do anything, it will all go on without me.

Monday; It is harder to avoid the distraction during the working week. The radio is terrible, a sheer tabloid nonsense that avoids all proximity to intellectual property. I want to organise a mob, a riot, that rushes the radio station and asks Directors, do they even listen to this stuff? I think with longing of my playlists, my subscriptions on Youtube. Oh Michael Sandel, how I miss you!

Tuesday; I’m nearly there. I’m calmer, and more at home with myself. As I do my lengths in the swimming pool, I think how I have changed the way time feels. It felt like a quick year, and a quick decade. But by removing the constant unending distraction, there is more  chance to reflect and to take pause. I’m aware of more, ironically, when I stop looking around me. That night, my little boy wakes me up at 3am. After I get him back to sleep, I am exhausted but unable to drop off. I find myself clicking my Facebook icon and checking my notifications. No one has missed me online at all.

Wednesday; Final day. I have a long day ahead of me, and I only get the chance to check my online life well after 9pm. I have well over fifty emails, but only three are actually generated by people I know hoping to speak to me. I have only one response on Twitter, and no one on Facebook seems to have noticed the ‘silence of the lame’ at all. I’m able to see, again, that the interactions aren’t as strong as I thought – or whatever. Tenacity of relationship isn’t going to come about on Facebook, it will come about elsewhere and Facebook will back it up.

I’ve learned to love the silence. I am going to enforce rules for myself about the Internet around my kid, and maybe even go so far as to set a timer, or something. This last week has seen my online life go down in value in my eyes, and made me appreciate my own thoughts more.

Good evening! Welcome to Claire’s Evening of Cultural Appreciation. This evening we will be reviewing art, music and poetry that you might enjoy. To start with, let us enjoy this rather piece from Eric Whitacre:

Originally written for a movie soundtrack, its rather lovely sweeping score borrows from Scottish melodies to create a very sweet lullaby. From Eric Whitacre’s website: “Eric Whitacre is one of the most popular and performed composers of our time, a distinguished conductor, broadcaster and public speaker. His first album as both composer and conductor on Decca/Universal,  Light & Gold, won a Grammy® in 2012, reaped unanimous five star reviews and became the no. 1 classical album in the US and UK charts within a week of release.”

And a poem to go with it, from Rudyard Kipling:

We now move on to our first piece of art. This marvellous piece was created by Louis Comfort Tiffany, a magnificent craftsman (his glass windows are an excellent example). This vase has incorporated into it the structure of peacock feathers, and the luster alone would silence the viewer:

How often do you see something of that quality in your daily life? How uncommon is that magnificent subtlety?

The next piece in our musical programme is Claude Debussy’s Girl with the Flaxen Hair. This piece would have my mother’s eyes roll; she thought Debussy had all the originality of the top of a biscuit tin (she was more a fan of Liszt or Chopin). None the less, its included this evening as it has a marvellously romantic air, and is soothing to the frayed nerves.

Girl with the Flaxen Hair

And to enjoy with it, is Botticelli’s The Birth of Venus*. Painted in 1486, it hangs in the Uffizi Gallery in Florence, where, I can attest, if you get too close they give out to you. The  cold of winter is still with us, so our next piece is Anuna, Winter Fire and Snow. This piece, sung so marvellously by Kate McMahon, is haunting in its beauty.

And to enjoy with it, a poem by Percy Bysshe Shelley; 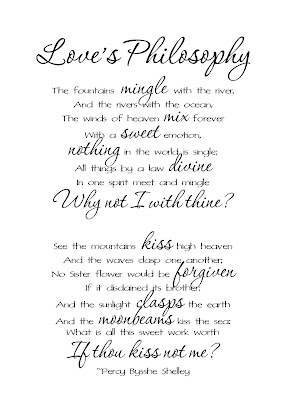 Also appropriate for this time of the year, is this German Hannukkah Lamp, dating from the 17th century.

Our time together draws to a close. To end, I bring you Bach’s Prelude, played by Yo-Yo Ma. Life is so short, don’t you find? There is never enough time to do the things we want to do. 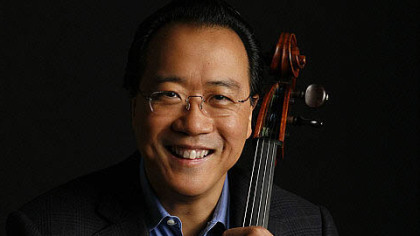 So it is, that the years go on, and despite desires and wishes, inclinations, we are left with the life that is only just a tiny bit closer to what we want.

William Blake’s Illustration for his poem The Laughing Song

I hope that you have enjoyed our brief interlude of music and art, and that 2013 brings to you all you desire. Paul Signac, Woman on the Terrace 1898

*”What’s the matter, Homer? Ain’t you never seen a naked chick on a clam before?”