On Christmas Day 2016 a woman died, and that news made me very happy.

That is, I learnt about her death six months later after I came across her death notice on RIP.ie, and it stated she died after a short illness in hospital. I’m not related to her, and I hadn’t seen her for well over thirty years. But she was a person of influence in my life, and I don’t believe her death has changed that.

She was in charge of all of us, when we were six, seven and eight years old, and she hated each and every one of us. She thumped us, abused us, insulted us, hated us, told us God saw our sins, and did her very best to show that hatred each and every day.

As you may gather, she was our teacher. But she taught us the lesson that a lot of people on this island are taught; that they are disgusting, hideous failures, despised by all right-thinking people and that they will only be good when they are gone. She hated the kids who were poor, who were quiet, who were shy, who were unable to use their words back. I saw, years later, the face of a child who had been hit so much that they had become brutalised; something inside had been broken, and that was the aim; may the ‘violence of me’ become the ‘violence of you’ and thus we may be hideous together; a viral infection of mental illness.

A brief memory; she would refuse kids the bathroom. Seven years old, hitting them over and over, for needing to go to the loo. Imagine your brutal nature if you think this is right and proper. You hit seven years old who need to go to the loo, and then take your tea in the staff room.

I met someone from my home town on the stairs at work last week, and she and I shared stories about this woman. She quoted the thing she would say over and over again to me, and the thumps came right back to me-

The thumps would be at the back of the head, at the point where your skull met your back, where the bone would bounce the most on impact. That’s what I felt when my friend said those words. And I had been singled out; no friends could reach me afterwards, I believed what I had been told, and life was always divided into the BEFORE and the AFTER of her. I had looked to friends and family to tell me that it was not true, and they told me it must be my fault (not a strange response at the time). And so I still hear her voice in my head over and over.

She gave me her disease, the disease of self hate, that can only see the worst even when it is just smoke. She is the absolute nadir of progress, growth or happiness; she is the worst because she brings out the worst in others. She is the antithesis of the divine, if the divine can ever be found to exist, because she will corrupt the divine when she finds it. And so the most dreadful part about her, I find, is the legacy she has left me with;

On Christmas Day 2016 a woman died, and that news made me very happy.

So, I get up at 5am, am at my desk by 5.30 am to answer work emails, then at 6.30 am get big guy up, we all leave at 7.30 am, I aim to be at my desk by 8.30 am after dropping big guy off, then workcoffeeworkcoffeeworkcoffee, then leave to pick him up at 4.00 pm, homework, housework, prep dinner, pick up the other half between 6pm and 8pm, bath and bed for big guy, dinner and coffee for me and other half, then work emails, and bed by 10.30 pm, after makelunchesclothesoutplanthenextdaygotobedoldwoman.

So unsurprisingly the creative urge is flat.

September is always like this though, I’m not worried by it. What will happen is that the emails will slow, the nights will get darker, and I’ll have more time to think. To decide on certain movements in the work; where the drama will peak, where the comedy will flow. I’ll be able to create terrible moments for my characters without a second thought; right now I’m so tired all the time any pain for them is too much to bear. 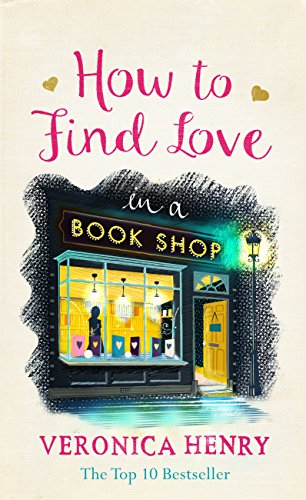 I just finished this; nothing bad happens. NOTHING! Not a thing! Perfect!

I wish you all the silence and rest of a bookshop just for you. Night night.

So, another meeting today, with lots to cover and a question to be asked by my good self. And in the weird way that can happen, it escalated in a positive way, so by the end of the conversation I may be giving a talk about it.

It honestly feels like I’m not ‘leaning in’, a phrase that managed to be annoying and empty at the same time. It feels more accurate to say that I’m ‘falling forward’; as if I’m falling into something with no accurate awareness of what I’m doing.

And in those moments I find myself waiting for reality to insist that it’s wrong, that I’m wrong, and for the comet labelled Reality to hit me in the face…

Lord, please grant me the confidence of a mediocre white man.

So what I would like to do tonight is actually not present a verbal/text based blog at all, but instead create a mood or a gesture, some whimsical brief thing that enchants and delights but causes no burden of nostalgia or regret. That’s because I’m tired and out of ideas and so words are hard.

So instead I will ask you to imagine the most perfect apple crumble dessert ever, currently sitting in your oven. Imagine it as the paradigm of desserts. No dessert has ever come close to this, in its pastry, its sweet fruit, its sugared topping. It’s no more than five minutes away from being out of the oven, and it will be put down on a table with all the cream and custard and ice cream you’ll want, and you’ll eat it with those people who you really want to eat it with, whether that is even possible or not.

But for now, it’s still in the oven, and you are standing in the kitchen, where there’s just you and the heat of the oven, and the smell, and the anticipation of the innocent, but real, joy to come.  And that is the moment I give you tonight, and with which I bid you adieu.

It’s hard to keep the plotting going, really what I need to do is to come up with ten really good scenes, and just continue on from there. Mostly what I really want to do is to eat cake and sleep, neither of which I will allow myself right now.

So, last week was extremely busy; each moment of the day was mapped out, and I honestly counted myself lucky to even get lunch when I could. I fell asleep over dinner almost every night and was just hitting the targets each day, nothing more.

However, big guy had other ideas. On Thursday he had a bad cold, with a shocking dickensian cough, so as soon as I could I took him home and let him sleep for the rest of the afternoon. Friday he seemed fine, so after a dose of calpol back in he went. But it’s always a big question. I was due to attend an important event on Friday, and I cancelled so I could pick him up as early as I could. And it didn’t work; he was still ill and we’ve had a weekend making him as well as we can.

The guilt, though.  Should I have brought him Friday, and just got on with it? Attended the event like I’d promised people, and done my best? Or should I have stayed home with him, made sure he was as well as possible rather than bringing him at all when he seemed okay?

And tomorrow, should I stay home with him? Should it be the other half’s job? He doesn’t have a front facing role, he can work from home and it’s fine; but no-one gets to work well when they’re parenting well,  and that’s just the reality of it.

So nothing has been done well; parenting, or work. Perfection is the enemy of the good, but if the good could be just a tad more explicit, that would help out nicely.

This week is going to be so insanely busy I am honestly wondering how I’m going to get through it. It’s 93% humidity in this kitchen, and I haven’t stopped falling asleep all day. However, all the lunches are made and all emails are answered, and several query emails have gone out to move things along.

So, in short, we have indeed a shot at getting it done, and getting it done well. It will be like Inception in real time, but no doubt it will work out well.