Ah, time travel. In suggesting this, young JC managed to hit on a fantasy I’ve had for some time now. I would dearly love to go back to my teenage days, say, sixteen or seventeen years of age, and start over again. The fantasies my mind weaves, as I picture myself returned, all knowing, to my home town. For one thing, the fear I had as a teenager would be gone, and this seems now like a miracle. I was terrified as a kid; terrified of boys, of school, of trying and then failing, of being laughed at… So, as a teenager, I didn’t really do much of anything. Oh, I dreamed a lot. But I never really made friends, went to discos, spoke to boys… I never got a job at anything that would prepare me for life, or just see me break some eggs on the way to an omelette-shaped adulthood. I regret that. I regret not having had courage to make mistakes and take a few falls on the way. So many things that seem so important then were simply not worth any worry at all. So much of that time seems unnecessarily wasted and slipped through my fingers before I could stop it. The idea of a second chance at life seems only fair.

How it would be done?

So how would you do it? Well, most of the theories that exist out there are dependent upon time being a linear passage of events that runs on a consistent basis. From there, physicists have come up with three main ideas as to how you could travel to the past. You could travel faster than light, and then have messages or people arrive at a destination before it was sent. However, current understandings of physics require an infinite amount of energy to be applied to have this result occur. You could discover a Godel Metric, but that seems to have been disproved by the characteristics of space/time. And you could set up a wormhole, but you’d have to ensure it’s stable at both ends (don’t you just hate when you have to do that?)  Time travel in the future results in even more mind bending ideas. There is no working theory as to how it could be done, and there is also no clear way of creating a machine that would get you there.

Who is attracted to it and why. 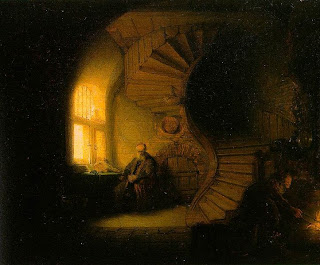 Still, the idea fascinates, for both philosophers, writers and for us mere mortals. Firstly, where does time go? Seriously, where does it disappear to? We know that this time will go; we know that there will be a future time. So where does it go to? No one seems able to give you an answer on that one. That’s why time travel seems so readily available to us; it almost seems like a matter of willpower to change it, stop it, slow it down, and have it stop.

There are several people who claim to have time travelled, though most of them are clearly hoaxes or mentally unwell. A poster to internet forums by the name of John Titor, who suggested civil unrest in the US was on the way, was held to be a fraud. Most of the stories of time travel are unverifiable, which would seem to suggest that they are false – surely some one, somewhere, could come up with proof if they really did time travel? There would be some way to know if you really did manage to curve the law of physics in this manner, and some way to share that knowledge with others – at least, without seeming like a fool or madman.

One thing that the idea of time travel allows is the opportunity to interact, sure in knowledge of our lives that others don’t have. We would know to value our lives now, because we would be sure of what was to happen. It would be before loved ones were lost, opportunities wasted, chances ruined. We would never take for granted the special seconds we would have again. And we would have the wisdom of experience guide us, instead of the foolishness of youth, a conjunction that never occurs without a miracle.