I declare to God, Iain….. Right, be careful what you wish for, kids.

The creation and development of Tort Law, and Negligence law in particular, is similar to a long, rambling conversation to be found at a dinner table. The guests gradually imbibe the port and cheese, and as their digestions cope with the rich food they happily give forth on various topics. The weather. Politics. The welfare state. And occasionally the duty of care owed to one who is not in a contractual relationship with another party. 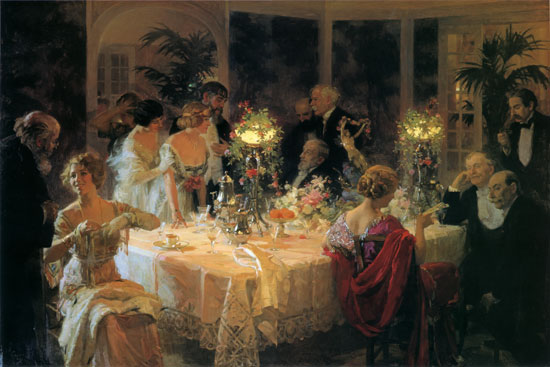 “Damn it Geoffrey, was that a belch or a ruling on East Indian shipping routes?”

Tort law is a civil wrong, rather than a wrong that is classed as a crime. Take, for example, the idea of Defamation. The State does not prosecute this under a criminal code, nor does it seek a custodial sentence upon conviction. Instead, it is a charge pursued by the injured parties and the result if found to be so is usually a financial penalty.

Findings of Negligence starts off with the unpleasant story of Donoghue v.s Stevenson. Here the plaintiff was served a drink that her friend had bought in a cafe. However, the decomposed body of a snail was found within it.

This meant declaring an injustice was done to the plaintiff who drank the liquid (and who suffered gastroenteritis), a new legal relationship other than that of a contractual malfeasance.  The law has since been casting around creating new variations of this obligation since then, which is labelled Duty of Care. The Duty of Care to my neighbour varies depending upon the circumstances of each particular case, the parties involved, the  level of knowledge of each party, and so on.

So once Duty of Care is established, it is thereby up to the Courts to decide if there is any negligence on the part of the defendant of that Duty of Care. If the Court has decided that (for example) an employer, who has contracted out catering to a company who has its  employees on site, owes a duty of care, it is then obliged to ask if that duty was upheld; was the employer negligent or not? The standard used is that of Reasonable Care, and focuses on Proximity of Relationship and whether or not injury was Reasonably Foreseeable in the circumstances. So where does the connection to Madonna come into it? Well, lets take a quick glance at old Madge, shall we? Madonna’s career started in the 1980s, and has continued to this day. The discography of her tracks has a long and winding road, one that might almost be said to have an unclear or uncertain context: 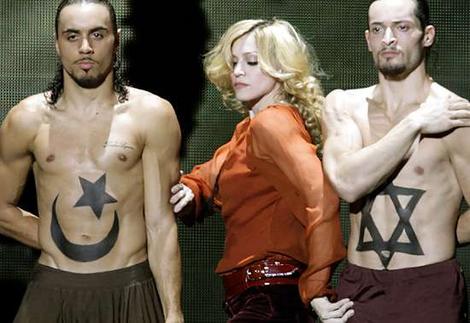 Seriously. Can you say what’s going on here?

And that is why the discography of this world class entertainer is in fact an excellent metaphor for the development of negligence. Take either issue out of the context of its development leads to chaos and confusion on the part of the observer. It means that that both of these wide-spanning phenomena has its own evolution, and to see it out of that pathway will make it empty of meaning. In art, as in life, the devil is in the detail.

Next up on the blog; I am taking up @Susan_Lanigan’s suggestion of ‘Libel Laws and abuse of same’.

1 thought on “Madonna’s discography is an appropriate metaphor for the development of negligence law in Ireland. Discuss – suggested by @iain_nash”