Very impressed by Sinead O’Hart’s daily blogging, I am determined to give it five minutes each day and see what happens.

As my last blog was so short I decided to give the topic another go. One thing I did that had a huge impact was read The Da Vinci Code by Dan Brown. This book changed my life. 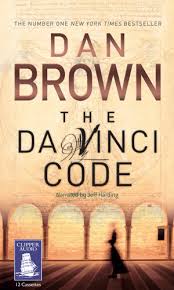 It is awful! That is nothing in of itself, there are thousands of bad books published each year. But at that time my colleagues at the office believed it. The place was in South Dublin and the boss’s wife, a bad tempered tennis club member and social climber, would come in each day and rant about the true nature of reality/society/Christianity that the book revealed.

“Eaux, but it is so trueau!” she’d start in her south Dublin accent. “To think, we all had the wrong idea for yeaurs!” There would be no point in explaining to her that we all have bloodlines going back years, that the past does not contain anything more sacred than the present, and that if you were really interested in the true nature of Christianity you should go out and help someone rather than purse your lips at the yaught club.

So I set myself to writing The Stone, deliberately making history as bloody, ignorant and uncaring as the present. So a cul de sac of literary endeavour led me to discover a new demand for literary honesty within me, and set me on the path where I am now.