I’m nosy. No, really, I am. I grew up in a big family in a small town and I’m used to knowing your business.  I tend to just… notice stuff.

Like this afternoon. Waiting by the bus stop I noticed a very very expensive car parked. It was a Maserati and the driver was standing outside, arms folded. 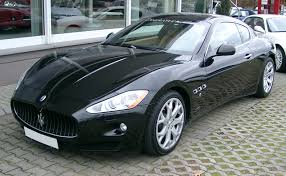 As I watched (without watching, natch), a taxi pulled up, and a blonde got out from the driver’s seat. She was beautifully dressed, with a very expensive watch on her slim wrist, and he was delighted to see her. She was carrying some paperwork, and they got into the car.

I checked the board: seven minutes to go.

They stayed there, talking. He spoke while she listened, and then vice versa. He leaned forward at one point, and then she reacted. There was suddenly lots of bobbing pony tail~she was angry. He was utterly unfazed, and just kept talking.

Four minutes on the board, she gets out, and gets back into the driver’s seat of the taxi. They stay talking like that for a few minutes, and then he gets into his car. He slowly turns the car and starts to drive towards the south of the city.

One minute on the board. For a moment she stays there in the car, watching him. Her face looks pensive, even worried.  Eventually, and slowly, she puts the key in the ignition, and starts her engine. Slowly her car pulls away from the kerb, and she drives away, in the same direction after him. My bus pulls up, and it’s time to go.

Now, what do you suppose that was about? Not that I’m interfering, or anything. I’m just wondering, like.