So I recently had a little bit of media exposure regarding The Stone, and the coincidence that exists regarding Paddy Shaw’s painting. If you like, you can see it here.

My father-in-law saw it Sunday, and said that really I should capitalise on the exposure it generates. The fact is that I do have an idea for a series of novels, a series that would take years to compete. The idea of starting it almost makes me exhausted, because I can’t imagine ever finishing it. 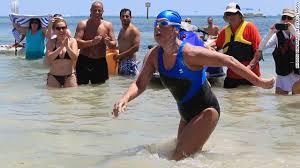 Diane Nyad isn’t in it.

But the reality of the situation is that nothing comes easy. Nothing. It takes a real effort, one that makes things hard, to change situations.