No, seriously, there isn’t. There is nothing wrong with it. It is fine. Just fine. To these points, I make the following retorts; 2. It’s morality  – the story told is a fantasy, of a billionaire falling in love with a naive young woman who falls in love back. After much sex, tension and misunderstanding all is well. The book is a fantasy; billionaires do not care much for undergrads, nor do they seek out their thoughts. Certainly he has money, but she is not a heroine focused on that, it is not a big deal beyond a point. The point is that this is porn, not just a novel. It is for the reader’s sexual gratification rather than the reader’s literary one. The morality is besides the point. 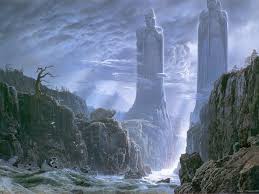 One ring to rule them all? Pfft, sure!

They ain’t gonna find a billionaire, either.

Women are, once again, made to be the standard bearers of morality and otherwise. They must be protected, men must not. The point is, that 50 Shades gratifies without morality, and for some that has to be stopped.