Monday; Back from my trip down to the sister, I found myself all exhausted, and so didn’t go for a run. Shame on me, yadayada, but I promised myself I’ll do better the next day.

Tuesday; Today was the day I had put aside to get a few errands done, and so at lunchtime I headed into town. When I was finished, I was waiting at the bus stop when a taxi pulled up. Out stepped a former colleague of mine, dressed beautifully. She was wearing what I call antler heels (where they’re so big as to make a statement). Off she went on her way, and off I went on mine. Which was on the back of a bus taking me back to work. I got through the rest of the day with a weird kind of sadness. Failure, to achieve, and failure to avoid; you imagine I’d be used to it by now.

Anyway; went for my run. I checked it out on google and in fact I was completing a mile and a half, not a mile. Hence the inability to do well. Got it done, in the same time as before. Then down to pick up beloved child, dinner, bath, bed.

Wednesday; Today was the Little man’s last day in the crèche. He’d been there since he was nine months old, and it was both a huge thing and a nothing thing. We’d got lots of presents made up, and I had special cards made for the staff as well. The other half was coming home early from work, and so we headed down together. We gave the staff lots of hugs, thank yous, and hard liquor. Then home we went, and it was only when I was there that I realised how tense I was about this. I place way too much emphasis on this sort of stuff; how well do we/I carry myself off? I can’t help it, but it does mean that I worry too much about how things look rather than how things are.

We delighted little man with a toy when we got home, the Lego Mystery Machine from Scooby Doo. And I know he was delighted because he woke me up at 3am to play with it.

Thursday – Now this was a long day, involving a lot of adulting throughout the day. Maybe to compensate for that moment on Tuesday, I wore a dress and heels, trying to look like a grown up. Fate didn’t come up with any rom-com hilarities for me along the way, no ripped tights or prat falls were experienced by me. Instead it was one long day, on my feet and running around. Meetings, crying students, no lunch, more crying students, colleagues with lots to do, and so on.  I left at 4pm as usual, with the sensation of having hugged a hurricane to myself all day.

And Thursday was the other half’s birthday. I came home with a birthday cake for him, along with some other treats. Little man helped me give him all the parcels we had wrapped for presents, then we ordered takeout for dinner. Afterwards, we had birthday cake.

From a place that rhymes with Thatcheral Quakery.

It was awful; the buttercream icing tasted utterly bland, more like lard than cream.  I took a disbelieving bite, but really some part of the ingredients must have been missing from it. The beloved child didn’t have a second bite, and the other half was unimpressed on it. Nice one, guys. After my long long day, I was in bed by 9.30 pm, exhausted. My stomach was in a riot because of that damn cake, and no run was had by me. I’ll go to my grave with nothing but unfinished to-do lists on my gravestone.

Friday – Right. Swim! I walked towards the gym on Friday morning so utterly uninspired I wondered if it was a good idea. But I just treated that notion like the childish whine it was, and headed in. Got changed and realised I’d forgotten my shampoo. Don’t care, I told myself, I was still going swimming. I got into the Medium lane, and it had to be said, they seemed much slower than last time. So, feeling brave, I headed into the fast lane.

You don’t move into the fast lane unless you are sure you’re not going to be an inconvenience to someone else. I was only going to be swimming twenty minutes but I had to be sure I was going to stick to the pace. So off I went, pushing off from the wall.

And it was fantastic. It was a lovely, wonderful swim, an absolute dream and it saw me feel so much like my old self the years dripped away. I was swift, I was clean, the lines and everything else was perfect. I had walked towards the building feeling like I had nothing to contribute and no good would come of it, but it was fantastically pleasant and I was so happy. Happy! Finally! I met someone on the way into work who told me that I looked all happy and fit and everything was good. I got through work and the excitement of dinner, bath and bed with a good mood. Home, dinner, and finally the weekend.

Saturday; rest day.  I felt so good after the swim I know I could have gone running. But when I said it on Saturday morning, the little man looked so sad at the idea I couldn’t do that. Maybe Sunday?  We spent the day getting him ready for school; lunch boxes, juice bottles, new shoes, extra clothes, and all the rest.

Sunday:  No more excuses. Up, out, and away I went. Not one but two circuits this morning, of three miles in total. I feel wonderful and tired at the same time. I can confirm that there is no pain in my left hip, but there is now a pain in my right hip. Ah bless. 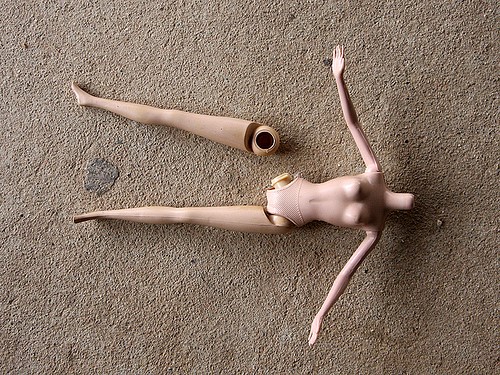 But, it’s done. I’m pleased that I did it, that I added to my music running playlist, that I can rest tomorrow. I’m pleased that this rambling blog is done for this week, and that now I can go to bed. So on that note, good night sisters. 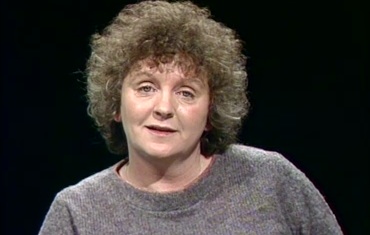 Imagine a TV station that would have this kind of activist on nowadays. We were lucky.