As a kid and young adult I would fantasise about finding some place where I see and hear nobody. I would get from one end of the year to another with no sight of anyone, and I would, I would tell myself, be free. From what, I’m not sure, but I would be free of it.

The point of that, though, is that we grow up. We realise that both the best and the worst of us is brought about by other people. When we’re alone, we’re never ourselves, we’re always a mere potential of ourselves. Instead, when we’re among others, we grow, change and stretch into the people we can be, often whether we want to or not. 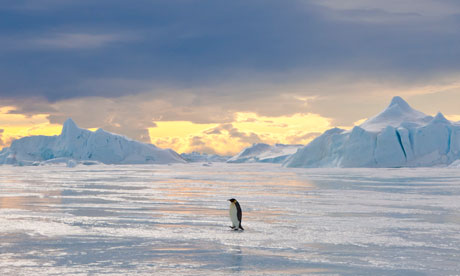 Being alone seems like a treat, an ease of the demands of life. But instead, it means that you’re never free of yourself and the life that you lead. When you are with the others you want to be with, then you find both life and yourself easier.

Don’t go it alone. Just.. trust me on this one.

We all try to project a bit, don’t we? We try to imagine what life will be like when we reach 20, 30, 40, or where we will be when the New Year starts, or such. I remember believing as a child that when 1999 rolled around, I’d be living on the Moon.

When things surprise us, really surprise us, it is a shock to the system. I remember wondering to myself many years ago how things would turn out for some old ex or other, and to my amazement discovered I was absolutely right. He did end up an old louche in a bar. Ah, bless.

Let’s keep it that way.

Still, never saw this one coming. Some of you know about me and Alan Rickman. We’ve been in love for years, if only in my head. I saw him in Die Hard, loved him. Saw him in Truly Madly Deeply, loved him. Harassed him for an autograph on the set of Michael Collins. He did that speech of De Valera six times. The first time he silenced all four thousand extras with the perfection of his performance. Four thousand people, with slack jaws, because of him.

Got to see him, and meet him, at his performance of Borkman in the Abbey. He was perfection, and wonderful, and nice to everyone. I heard afterwards that some workers in the Abbey nearly resigned over the egos during that play, I hope he wasn’t one of them.

When my book was written I was stupid or brave enough to send him a copy. An astonishingly nice letter came back saying that he had it and that he was grateful for it. He didn’t know me, or owe me anything. If he was faking manners or gratitude he was very good at it.

He was interesting and rare and very very good at what he did. He was also a construct; He was not upper middle class at all. He was working class, pure and simple. His Dad was Irish Catholic. He got to a good school. He started late, and went to RADA in his late twenties. His first film role was in his forties.

Will still miss him.

Hi all – this is a radio documentary about a very brave lady, by the name of Ruth O’Dwyer. Give it a listen, particularly with regard to the upcoming Referendum.

It was produced by Monica Hayes for KCLR Radio, and it is absolutely fascinating. Hope you give it a listen.

Today is the day the wonderful Susan Lanigan has her book launch for White Feathers!

You can get it at all good bookshops and and also online.

I am lucky enough to attend the book launch this evening, with a very handsome two year old. Maybe I might see you!