I had one major job to do today, which was to find a set of keys I have around here somewhere. These keys were important; I had to find them. I asked my husband if he’d seen them and he told me that if he was certain of one thing, it was they weren’t in the car. I agreed with him, he never put keys there, too risky.

So I set my alarm early to try and get time away from my little boy, so as to go at this uninterrupted. It’s not easy to arrange.

As it was, he was awake before me, and I had to get him to drift back asleep before I could slip downstairs. I walked into the kitchen and became aware for the first time of just how many places there were available to store keys.

Wait- did that pile just move?!

I tried the rats’ pile on the butcher block near the light switch. No luck, but I did find two rolls of sellotape and a pocket warmer (don’t ask). I also found an unopened pack of plastic key holders. I have no idea why I have these, I don’t own that many keys.

Then it was the drawer near the radio, and there was nothing there. There was, however, a usb key that I had thought I had lost. Huh. I pulled out my bag, which is huge. It can hold several manuscripts as well as all my usual junk. 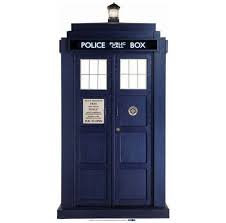 Because it’s bigger on the inside..,

This is usually a good thing. But now it was a cause of concern. I had to pull out everything from all the various compartments, and as I have seen Amelie and never clean my handbag out as a result, this was going to be icky. I discovered a hairbrush I didn’t know I had, several hundred tie backs for my hair, small notebooks full of notes about various stories, seven lipsticks, eight pens, and a scrap of paper covered with a list that makes no sense whatsoever:

It’s like the Voynich Manuscript. I have no idea what I am referring to or when it was written. Clearly it’s about a journey, but where? And to whom?

We’re now reaching Sherlock Holmes territory, in that as all the likely places have been reviewed, it’s time to review the unlikely or impossible places. That means checking out the hubby’s car. I am just ruling it out, I know they won’t be there. I get the keys and go out, unlocking the passenger door. I open up the glove compartment and what do you know?

The goddamn keys. Sitting there all innocent and untroubled and wondering what took me so long. How they got there is a mystery, as neither of us remember putting them there. Personally, I’m going with blaming the kid.